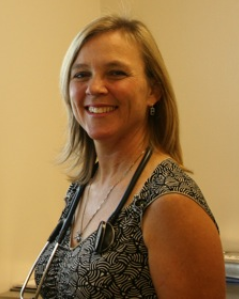 Our Doctors
Barbara Sheffield, D.V.M.
Dr. Barbara Sheffield earned her Doctor of Veterinary Medicine degree from the University of Florida in 1984. Her ethic and dedication placed her in the Phi Zeta Honorary Society.
Dr. Sheffield has owned and worked at several practices in Florida, North Carolina and Virginia. She served as a relief veterinarian throughout Hampton Roads since 2007, networking and building her strong reputation throughout the area.
Along with her love for small animal medicine, Dr. Sheffield is also an avid equestrian breeder and trainer. She and her horses have been awarded multiple International Hunter Futurity and National Championships. She, her husband, David, and her three children live in the Pungo area of Virginia Beach.

Dr. Hundley brings much enthusiasm and 25 years of clinical experience to our practice. Being a native of Virginia Beach, Dr. Hundley in her Veterinary years, has established and developed a client/patient bond with many close to her. She enjoys surgery and internal medicine. She is an asset to the team and we are glad to have her aboard!
Dr. Hundley lives in Virginia Beach with her family (Joe, Ian and Sophie), their two dogs, a turtle and many fish. Her hobbies are spending time with her family at the beach, camping, surfing, reading and cooking. ​ 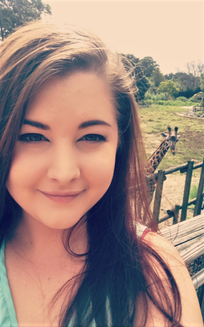 Brooke is our full-time veterinary technician. She is a new graduate from Blue Ridge, but also has a bachelors degree in Psychology from JMU. Even thought she's new in the field, she's a fast learner and even refers to herself as Salem's local veterinary nerd.  She loves snuggling up with her boxer-pit mix, Toby, and her long haired black cat, Nala, while reading a good book or researching the latest in veterinary news.
Her favorite part of working at Salem is client education. Ask her anything!

Lisa has been a Licensed Veterinary Technician since 1984. She is married and has two grown sons. In addition to her human family, she also has 4 rescued animal family members; 2 dogs, Bria, a Collie, and Sophie, a Foxhound, and a cat named Dog Dog (yes, you read that right).

Janet is an alumni of Blue Ridge Community College, graduating in 1986. She met Dr. Sheffield and Dr. Hundley when they worked together at General Booth from 2000 to 2006. Although she began part-time work at Salem in January of this year, she has worked as a relief technician here for years.  Janet is also certified in Equine Sports Massage Therapy since 2003. At home, Janet has two boston terriers, Betty (as seen above) and Frankie, and an Amazon parrot named Blu.

Victoria is an animal lover. She has 2 dogs, a 13 year old Chihuahua and a 9 year old Border Collie mix. She likes to go to the beach, spend time outside, and hike with her dogs on the weekends. You can typically find her at First Landing State Park on a sunny day. Victoria has been with us for a little over a year now. Her favorite part about working at Salem is seeing her patients grow into happy, healthy pets!

Blue's real name is Lelia, but we call her Blue because of her beautiful blue hair. Blue is new to the veterinary field, but she's catching on quick. At home, she has three cats, a macaw, and two horses! Blue spends most of her time showing and training horses at her barn. When she's not at the barn, she enjoys the artistic side of life, drawing and painting. In the future, she plans on going to school to be come a large animal veterinarian.

Amy is a native of Virginia Beach and has been a veterinary assistant for 8 years. When she is not helping animals, she is spending time with her love, Scott and their two children, Leilani and Charlie. She has a huge giraffe collection that she started as a child and is also an avid gamer. Her non-human children include three rescue dogs (Kaya, Kali, and Khaleesi) and a red ear slider turtle named Squirt who also has goldfish friends in his tank.​ Alesia is a 29 year old mom of 5. Originally from Vernon Hill, Va she grew up around animals and has always been drawn to them and has been living in Norfolk for 19 years now. She studied biology at Norfolk State University and plans to go back to school to obtain her Vet Tech degree. Her ultimate goal is to obtain her degree in veterinary medicine. She was a Zoo keeper's aid for 2 years at the Virginia Zoo while in high school as well as an Animal Care Tech with the Portsmouth Humane Society for 2 years. In her free time she enjoys baking, outdoor activities with the kids, and video games. She is also a self proclaimed Starbucks addict and horror movie junkie. She’s a social butterfly with a very colorful personality that shines so bright it is projected thru her hair.
Our Receptionists
Taylor 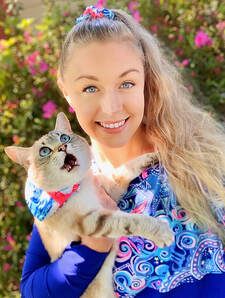 Taylor, a native New Yorker, moved to Virginia Beach in 2014. She has worked in vet med since early 2017, but has a life-long love for all animals. She loves the outdoors (especially in the fall); kayaking, bike riding and gardening. Also a home-body, baking and crafting her own home decor. She has an open addiction to Target and Amazon Prime. Taylor has two cats: Sasha, a Siamese and a black cat, Jovie, who live with her and her modern family. She and her fiancé David, a retired Marine, were engaged in New York on New Years Eve 2018 and plan to marry in the fall of 2020. She has an 8 year old step-daughter, Lillian, who is her apprentice in shopping, baking, arts & crafts and all the good music. Taylor loves 90's nostalgia and is a die-hard Queen fan. Taylor is our cat whisperer, and can calm even the most nervous fur baby.  ​

Angela has been with Salem Veterinary Hospital since August 2018 and has been working in the animal industry since 2009. She moved here from Oakhurst, CA and has an extensive background in competing/riding and training horses for the Hunter/Jumper rings. She graduated from William Woods University with a Bachelor of Science in Equine Sciences and has a Minor in Fine Art. She enjoys many different activities including but not limited to: tent camping, fishing, canoeing/kayaking, horseback riding, hiking, painting, crafting and cooking. She has two animals; her 14 year old cat Smudge and her 6 month old dog Penny, both of which were rescues and shares them with her long time boyfriend. Favorite color: Black, favorite food: sushi, favorite language: sarcasm. ​